What Happened to Tyrone Brown? 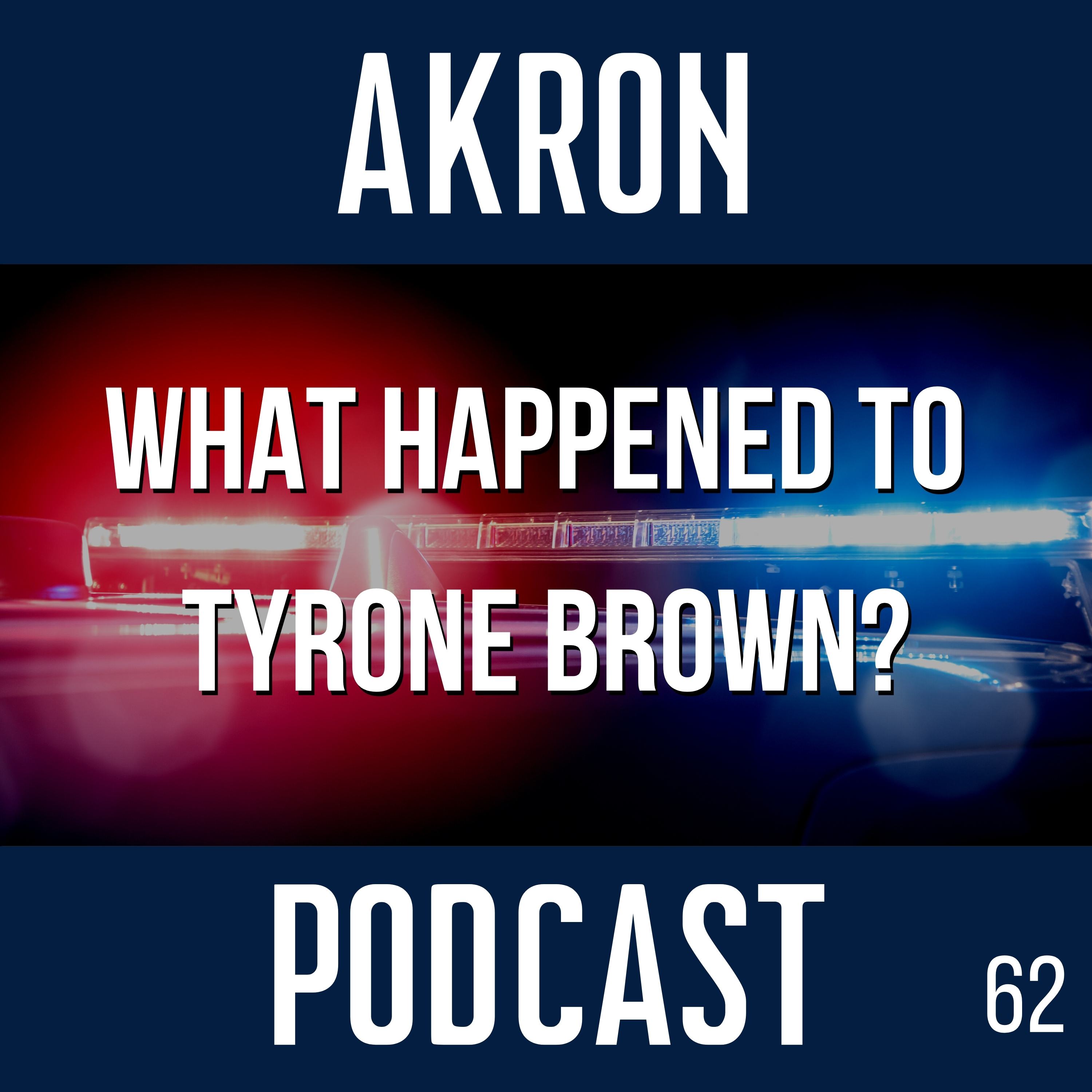 Tyrone Brown is saying that police officers loaded him into a cruiser and drove him away from a crowd that had gathered after the bars closed that early Sunday morning on Aug. 28. They pulled into the campus of the I Promise School, There, handcuffed in the backseat, he said officers opened the door, punched him in the face, dragged the skin off his wrists on the parking lot pavement and kicked him unconscious.

But police say every second is accounted for in the body camera footage of the two officers who transported the man. A police radio log puts paramedics, who routinely check people tased by police, at the school two seconds before officers arrived.

The claim of police brutality is "baseless," said Capt. Dave Laughlin, a public information officer who reviewed the videos.

While the footage is not being released pending an internal use of force investigation, two wildly different versions of what happened are being told. The arrested man, Tyrone Brown, has retained attorney Bobby DiCello, who is representing Walker's family.

The public won't see what happened after Brown's misdemeanor arrest until the body camera footage is released. Routine internal investigations can take weeks or months.

The ordeal began with a confrontation outside a deli and bar beside the public library on Market Street. The crowd moved toward the library parking lot as the first of five people dialed 911.

A witness with slurred speech called 911, the caller reported "a female with gun and two dudes with guns" who "look about to shoot," according to the dispatch log.

Any available cruiser was summoned. With 13 units eventually responding, the first two cruisers arrived at 3:37 a.m. to find a crowd in the library parking lot, but nobody armed. A request for backup went out within five minutes as the crowd cussed out and filmed the officers.

Some people continue to argue with police long after Brown is taken away. Brown's sister, the woman recording with her cell phone, is only inches from the officers. But she is allowed to drive home.

Brown tried to flee but fell to the ground when tased. He "was handcuffed without any incident," Capt. Laughlin said.

Laughlin confirmed the officers took Brown to a parking lot at the I Promise School to get him away from the crowd.

SUMMER MAY BE OVER - BUT WE'RE NOT DONE

Summer has come to an end but there are still many reasons to celebrate. Come to Summer Sunset on Cascade Plaza for the Steel Drum Trio, drinks, food and games. Stay tuned for more fun activities. Want to register your office for the Office Championship cornhole & skee-ball tournament? Sign up here: https://bit.ly/CascadeOfficeChampionship

Knight Foundation Provides $20 Million to Help U of A Renovate Polsky Building.

The Polsky Building, designed by New York City architects and finished in 1930, was a premier downtown shopping center on Main Street across from the old O’Neil’s Building. Polsky's department store closed in the late 1970s. The building sat vacant for nine years until 1987, when The Prudential Insurance Co. gifted the art deco-style building to the University of Akron.

“This investment will transform a dormant building into a vibrant gateway that opens the university to Main Street,” Kyle Kutuchief, director of Knight’s program in Akron, said in the release announcing the $20 million gift.

The university worked on the proposal to the Knight Foundation over the last several months. Miller said he was very happy when the Knight board approved the funding. The building will be renamed after brothers John S. and James L. Knight, although an official name has not been determined.

"It’s a signature gift for the university and one that we’re going to make the most of to make a great facility here," he said.

The goal, Miller said, is to open the inside of building, which is built into a massive slope that hides much of it below ground, from High Street to Main Street, and to have every college in the university invested in it.

The vision, as he described it, is for it to be "an imagination, discovery, service, community engagement space" that offers students in different degree programs and community partners the chance to work together on projects.

The Summit County Drug Unit has been awarded the '2022 Task Force of the Year' by the state Narcotics Association Regions Coordinating Officers (NARCO) and Ohio Task Force Commanders Association (OTFCA)!

The University of Akron Police Department

They also partner with the federal Bureau of Alcohol, Tobacco, Firearms and Explosives, Ohio Northeast Smuggling Enforcement Team, US Marshall’s Violent Fugitive Taskforce, the Department of Homeland Security, and the FBI.

Over the past year our Drug Unit has opened 152 new cases with 81 resulting arrests; served 127 search warrants; removed 51 guns from the streets; worked 6 cases alongside the DEA; seized over $2 million in currency and assets; and removed 40,480 grams of cocaine, 66,017 grams of methamphetamine, 6,854 grams of fentanyl, and 62,555 grams of marijuana from the streets of our community.

Do You Miss Going to the Mall?

Summit Mall was evacuated Saturday 9/18 after an incident involving two men, including one who exposed a gun during a confrontation, police said.

“There was an altercation between two males at the mall,” said Fairlawn Police Sgt. Shawn Adams. “A 21-year-old male from Akron brandished a handgun.”

It was not an active shooter,” Adams said. “No shots were fired. He fled the mall and was apprehended outside the mall at Chase Bank.”

Reports on social media claimed an active shooter had been loose in the mall.

Adams said the mall was cleared to reopen by 6:30 p.m. after the incident more than two hours earlier. Many stores remained closed.

The jury said Goodyear misappropriated five of the 12 alleged trade secrets Coda accused it of misusing, awarding Coda $2.8 million in compensatory damages and $61.2 million in punitive damages for Goodyear's "willful and malicious" behavior.

Goodyear said in a statement that it was disappointed with the verdict and will consider all of its options. The company also said the compensatory damages award was "far less than the amount Coda sought," and the punitive damages award would be limited to $8.4 million under Ohio law.

The West Hill Neighborhood Organization is hosting the inaugural WonderFest community art and music festival Oct. 8 from 11 a.m. to 5 p.m.

“The West Hill neighborhood is welcoming, wonderful, and weird in the best of ways,” WHNO Board President David Swirsky said in a news release. “Our organization is proud to showcase the talent and people of our eclectic neighborhood -- artists, nonprofits and businesses -- at our first ever WonderFest.”

Mentioned in this episode:

If you get any value from the show please consider giving some of that value back and help us keep the lights on by going to www.akronpodcast.com/value any size donation is appreciated.

If you know someone who would like the Akron Podcast, please share it with them, or tell them to go to AkronPodcast.com If you can support the show, go to www.akronpodcast.com/value

Find out what is happening in Northeast Ohio

Join the School of Podcasting When you join the School of Podcasting you can quit worrying about: Are people going to listen to me? (Yes, cause I'll show you how to see what they want). Am I going to sound stupid? (No, as I'll show you the magic of editing) It will cost a million dollars (No, I'll have you sounding like a million bucks without spending a million bucks).  I don't anything about this technology (You said the same thing about driving).  Get access to: Step-by-step tutorials, live group coaching, a mastermind group filled with brilliant podcasting minds,  and the ability to schedule as many one-on-one quick fix calls as you like at no extra charge.  Join worry-free with a 30-day money-back guarantee  Go to www.schoolofpodcasting.com/akron